Experience the magic of medicine in our Ayahuasca Ceremony

Ayahuasca is a powerful healing medicine from the native jungle of the Amazon (Colombia, Peru, parts of Venezuela, Ecuador). Intense experiences are inevitable in an Ayahuasca ceremony and a lot of energy is transformed there. Therefore, the ceremony should be performed by someone who has extensive experience in taking Ayahuasca and knows exactly how to react to certain situations. We are companions of the Kamsá family, who have shared their sacred Ayahuasca for millennia.

The Ayahuasca ceremony fulfills an important function in taking the sacred medicine, as the ritual environment is particularly important for drinking Ayahuasca.

Our Ayahuasca ceremonies focus on your spiritual process. You drink the plants to learn with them and heal through them. It’s not about having fun or having a psychedelic experience, it’s about the spiritual goal you are pursuing in your process. Each of our ceremonies will help you expand your consciousness.

EXPAND YOUR CONSCIOUSNESS WITH OUR AYAHUASCA CEREMONY

In our Ayahuasca ceremonies you will be able to heal your emotional wounds, perceive your feelings clearly and free your consciousness. Our Ayahuasca is known as the plant juice of self-knowledge. The first effect can occur at the beginning of your ceremony; the second effect extends throughout the night of your Ayahuasca ceremony. The most important effect, however, is the one that occurs during the following days. Therefore, we recommend that you always enter our ceremonies with a purpose and drink the medicine with a purpose. So please prepare yourself mentally for this special moment. Your own intention has repercussions on the effect you will experience in the Ayahuasca ceremony. If you are not clear yet about your own path (for example, dealing with losses, traumas, psychological injuries from childhood, family conflicts or various mental illnesses), your first Ayahuasca ceremony is about finding a way to deal with these problems.

Let the light enter your heart to see what you have, what you want and what is missing in your life. Ask your soul what it is looking for on the night of your Ayahuasca ceremony. In other words, do you know why you want to take the medicine?

HOW DOES AN AYAHUASCA CEREMONY WORK WITH US?

In preparation for each Ayahuasca ceremony, the joint integration is very important to us. We all arrive together and first we will get to know each other a little bit. Before the ceremony, everyone finds a comfortable place to sit and relax. At the beginning of the ceremony, we will drink the first cup of sacred Ayahuasca together. After that, you can drink as many cups as you want. If you do not feel like you experience the effect of the medicine and like you have not gotten access to your inner self yet, you may have to drink several cups before you will be able to feel the full effect of Ayahuasca. After taking it, it may take 30 to 90 minutes for it to really take effect. It is best to make sure you do not vomit for the first 10 minutes so that your body can absorb the medicine. It is also advisable to be seated during your Ayahuasca ceremony so that the Kundalini energy can flow upwards. 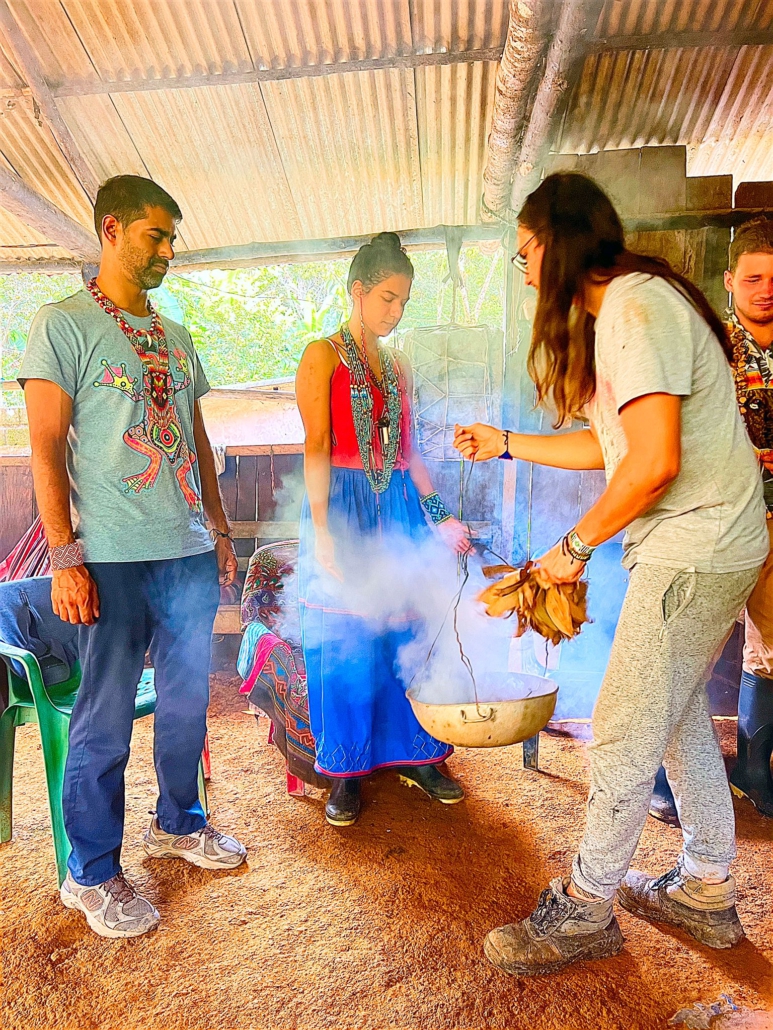 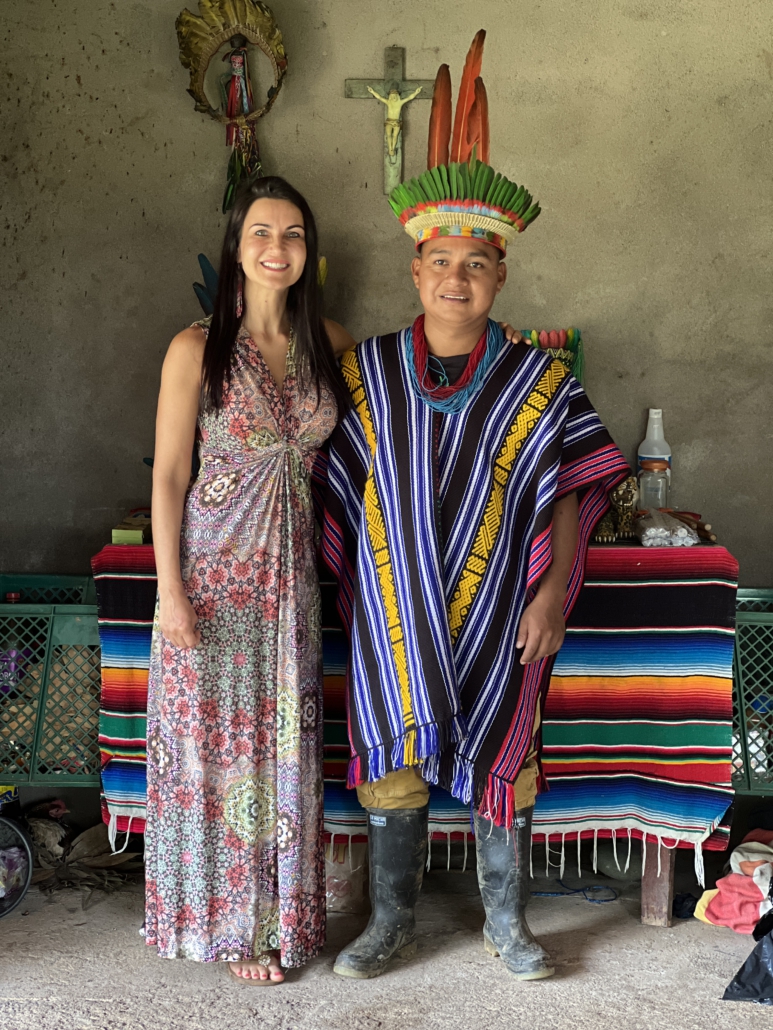 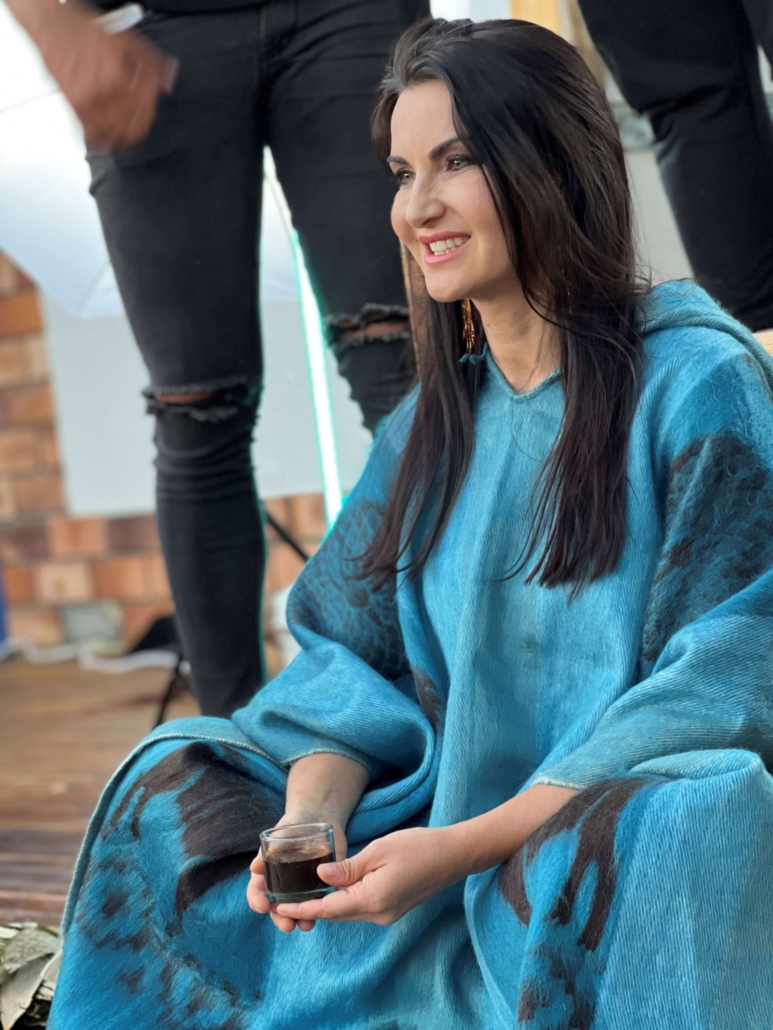 WHERE DO OUR AYAHUASCA CEREMONIES TAKE PLACE?

Our Ayahuasca ceremonies take place in Medellin Giradota , a municipality near Medellin (Colombia). , where you can connect not only with the origins of your soul, but also with the roots of the beautiful nature in the middle of the jungle of Colombia.

HOW MANY PEOPLE ATTEND AN AYAHUASCA CEREMONY?

An ideal group size for our Ayahuasca ceremonies is 8 to 10 people, as everyone should have their own space to be able to relax and enjoy the ceremony to the fullest.

If you prefer to experience a private ceremony, of course that is also possible. Talk to us about it or send us a message.

HOW MUCH DOES AN AYAHUASCA CEREMONY COST?

The costs of our Ayahuasca ceremony can vary as follows: An individual ceremony costs 300€. For a private ceremony with two people we charge 250€ per person. If you want to participate in an Ayahuasca ceremony in a larger group (around 8 to 10 people) the ceremony will cost you 80€. For a full weekend with a group of this size, we charge 350€ per person. If you decide to spend a whole week in this group, the whole week will only cost you 750€.

HOW DO I INTEGRATE WHAT I HAVE LEARNED IN THE AYAHUASCA CEREMONIES INTO MY LIFE?

Integrating the knowledge from the Ayahuasca ceremony into your daily life is the most important step in the overall expansion of your consciousness. What will you take with you from your Ayahuasca ceremony and how will you change your life after the ceremony? Ask yourself what kind of relationship you have with yourself, your family and friends. How do you react to situations that provoke you? Are you active in your day? Are you incorporating new habits into your daily life? These are some questions to measure how far your Ayahuasca ceremony has really taken you on your path.

As a beginner, it is not that easy to maintain the high state of consciousness of Ayahuasca in your daily life. But you can use the new energy that Ayahuasca gives you to free yourself from your previous habits. Be sure to experience your day with heightened awareness and your world will be transformed.

MUSIC IN OUR AYAHUASCA CEREMONIES

Basically, the music in an Ayahuasca ceremony has a particularly healing effect and helps you to transform your energy. You will feel the music in your own Ayahuasca ceremonies on different levels and each time it will be a particular phenomenon itself. It can happen that your personal process is only activated by the music. Step by step, it will accompany you on your way through the transformation. You will feel how the vibrations of the instruments that are played softly, harmonize the energy of the space.

WHY IS THE MUSIC IMPORTANT IN AN AYAHUASCA CEREMONY?

Singing and music are particularly important at certain moments of an ayahuasca ceremony because they have a harmonizing effect. For example, when someone is not feeling well, music can be soothing, even outside of a ceremonial setting.

Besides, the chants of our shamans contain a precise message. The lesson learned will illuminate your path. It will help you understand, grow and heal. In the circle of music you can come out of your darkness and gain new strength.

Imagine the song of a mother lulling her child to sleep. It has a calming effect and has the power to heal her child.

In the ceremony, Ayahuasca medicine should be considered as the mother. She is mother, grandmother and great-grandmother at the same time. She is mother nature, lulling us, healing us and helping us to understand the connections of life.

Often, a chant is also a prayer with its own power; a mantra, so to speak. Our grandparents’ chant invokes both, the spirits and the energies of the cosmos and nature. It is a magical request for healing and support within our Ayahuasca ceremonies. 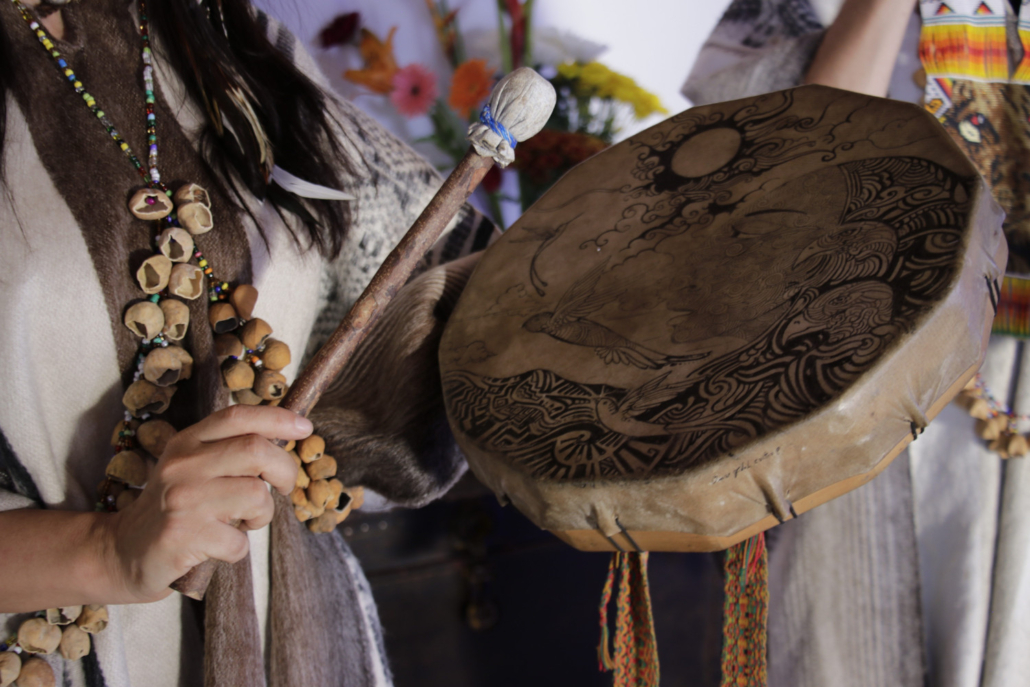 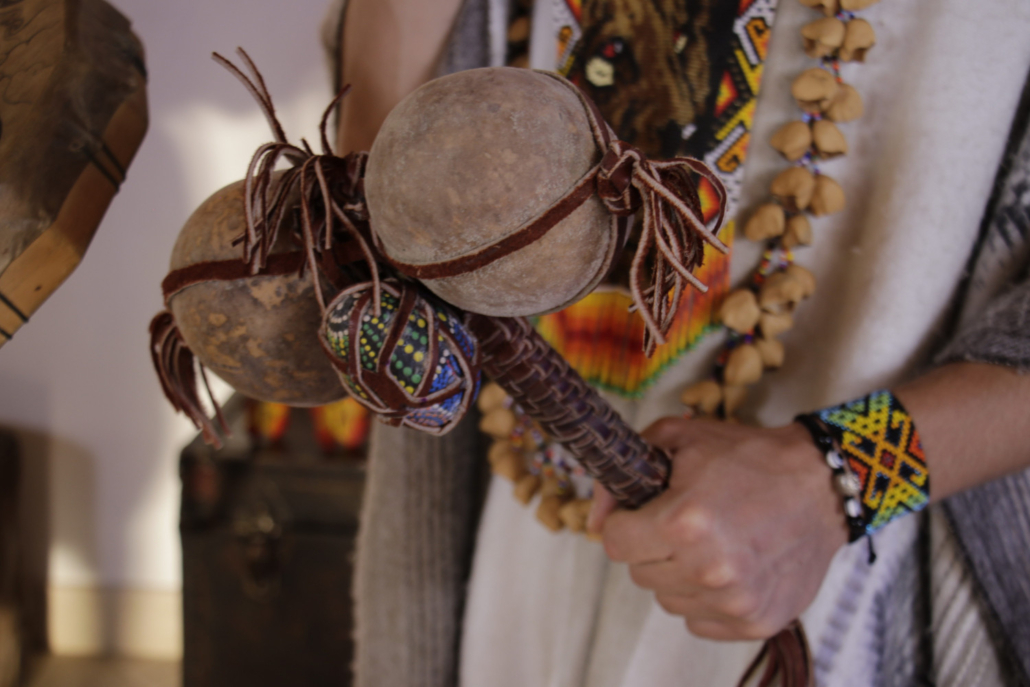 STILL HAVE DOUBTS ABOUT YOUR AYAHUASCA CEREMONY?

Then feel free to write us and follow us on our social networks. Book your own Ayahuasca ceremony now, as it is just a click away.

It is perfectly normal to feel fear or excitement about this. These emotions are also part of life. However, it is important that you do not let this limitate you.